There are two different types of counter: Asynchronous (Ripple) Counter and Synchronous (Parallel) counter
Asynchronous Counter (Ripple Counter)
These are commonly called as ‘Ripple counters’ because only one of the flip flops is directly clocked from an external clock source and as the number of pulses increases, the consecutive flip flops get clocked which gives a ‘ripple effect’.
3 bit asynchronous counter 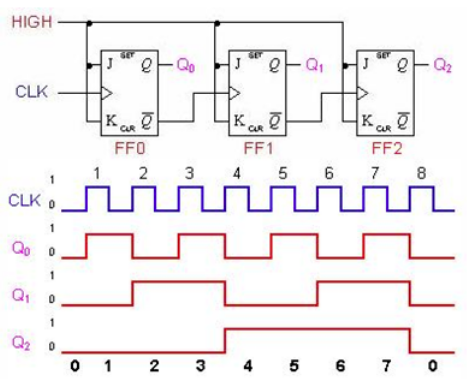 The output conditions are as shown in the truth table. 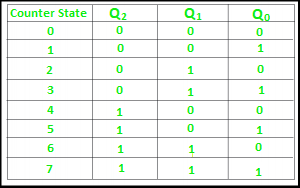 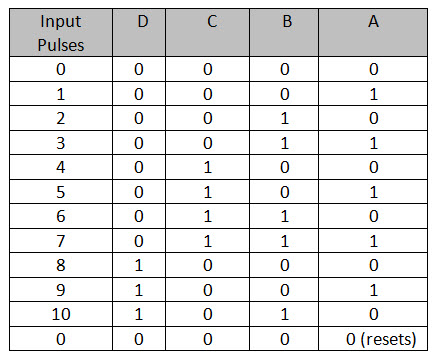 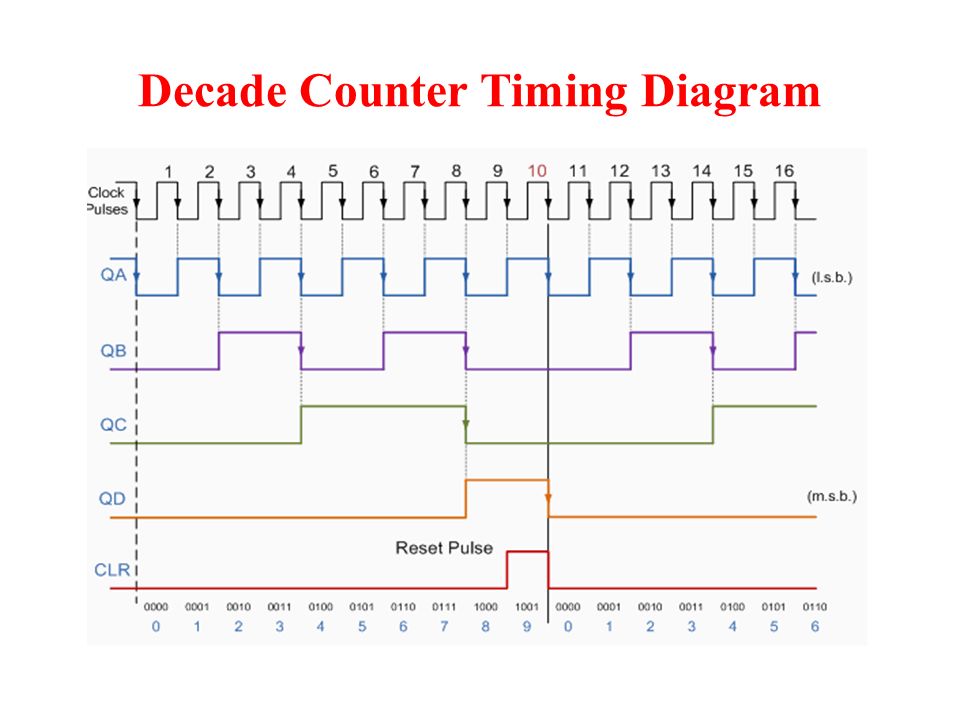 Asynchronous 3-bit up down counter

The operation of such a counter is controlled by the up-down control input. Now question is in which sequence it will count see below the table for the counting sequence of the it in the two modes of counting.

Bidirectional Counters.
Both Synchronous and Asynchronous counters are capable of counting “Up” or counting “Down”, but their is another more “Universal” type of counter that can count in both directions either Up or Down depending on the state of their input control pin and these are known as Bidirectional Counters.
Bidirectional counters, also known as Up/Down counters, are capable of counting in either direction through any given count sequence and they can be reversed at any point within their count sequence by using an additional control input as shown below. 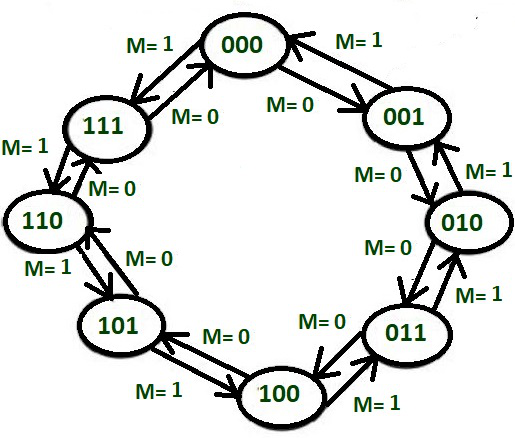 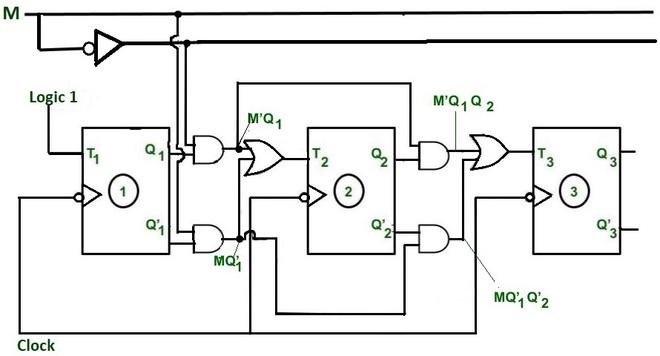 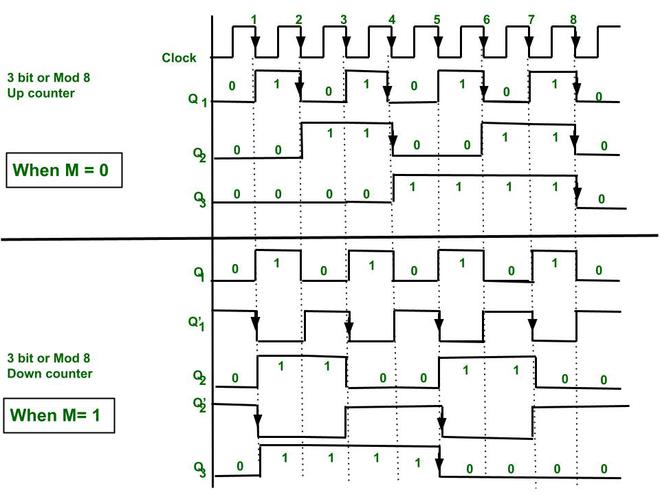